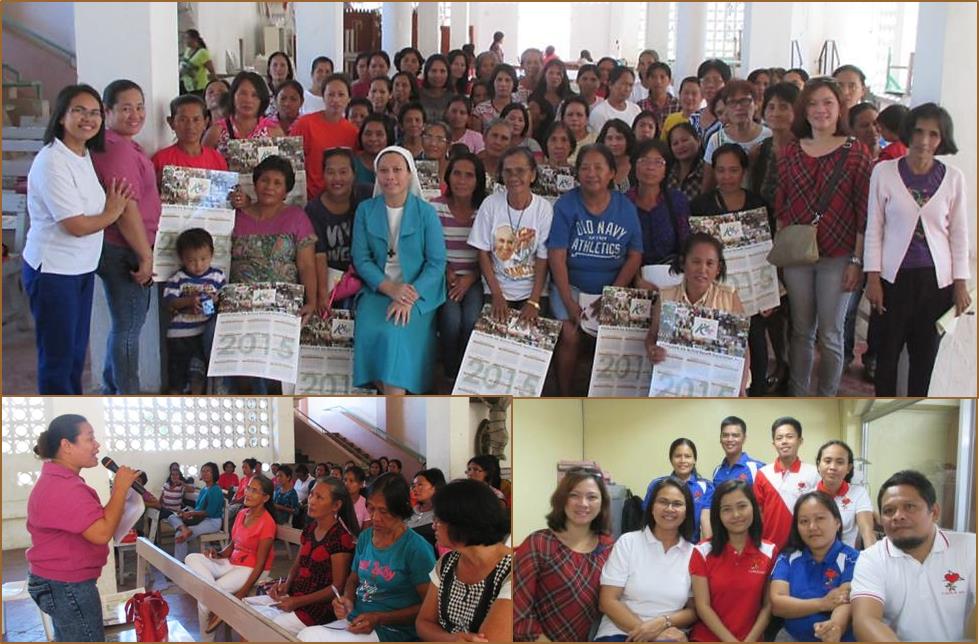 KMBA General Manager Silvida Reyes-Antiquera and Board of Trustees President Elizabeth Yayon visited on 18-20 February 2015 CAPS-R (Cebu Archdiocesan Program for Self-Reliance), a key KMBA partner institution in Central Visayas. In addition to a meeting with CAPS-R staff in Cebu City, they also took time to travel to Bogo City, in which a CAPS-R branch in the northern part of Cebu Island is located. Their visit coincided with a regular monthly meeting of center presidents and secretaries, during which they engaged the CAPS-R center leaders in a discussion of KMBA insurance products. They also received feedbacks on K-Kalinga, a personal accident insurance with fire assistance offered in partnership with the Bankers Assurance Corporation and piloted in the Visayas in CAPS-R’s Bogo branch. (Photos above were taken during the meeting in Bogo City.)