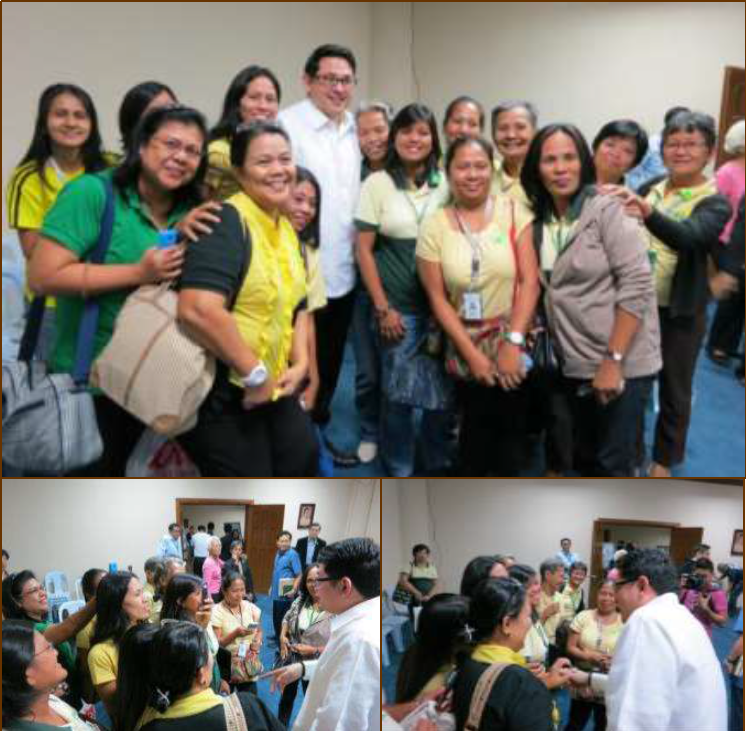 Members of KMBA Board of Trustees and Area Coordinators joined Kasagana-Ka Development Center, Inc. staff and client-beneficiaries in a Senate committee hearing on Senate Bill 1832 filed by Senator Paolo Benigno Aquino IV proposing the creation of a Microfinance Code of the Philippines. They were part of a group of representatives from the Microfinance Council of the Philippines, APPEND Partylist, and other microfinance institutions as well as from national government agencies invited to provide inputs on SB 1832. The bill seeks to recognize the role of microfinance institutions and NGOs engaged in microfinance undertakings, strengthen these groups, and enshrine client protection principles and services in their goals. Also present during the hearing, held on 12 November, were Senator Francis Escudero and staff members of senator-members of the Committee on Trade, Commerce and Entrepreneurship as well as other members of the Senate.